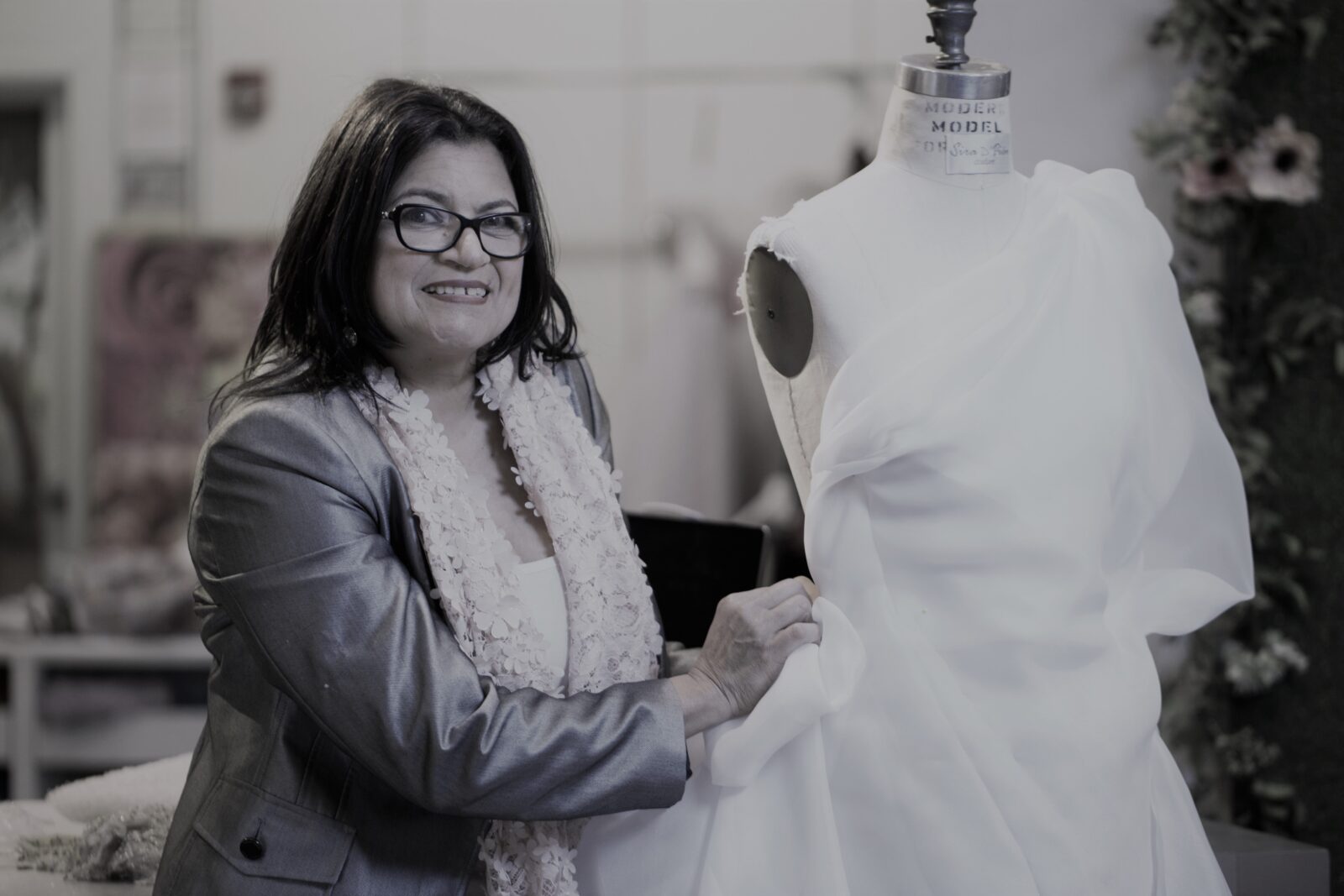 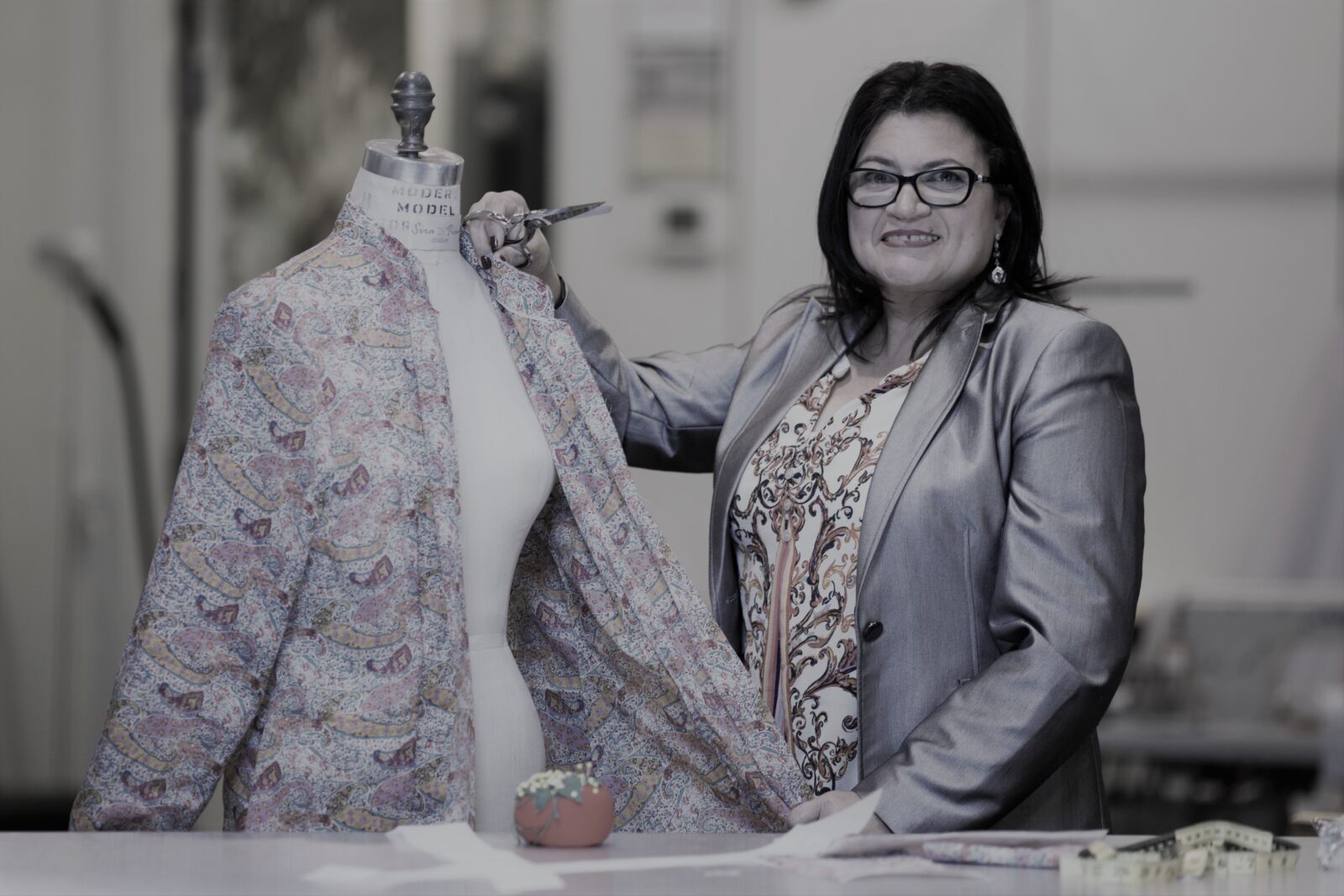 Sira Pion Alvarez, more known as Sira D’ Pion is a fashion designer who was born on July 4th, 1969 in a rural town of Miches Dominican Republic. Her life was one of fight and challenges from the beginning and a true story of persistence.

Well known for her timeless romantic style full of love and inspiration, her wedding dress collections express her passion for delicate lines that shape women's body while showing a strong combination of her intercultural background and her love for nature. Her collection could be defined as timeless, dreamy and romantic. Her stunning haute couture red carpet gowns are sexy avant-garde and represent her liking for low cuts and fitted body silhouettes.

She had troubles early in life with a father who decided to give her his name as a charity but neglecting and rejected her as a daughter during her first years of life, and also a mom who left her under the care of her aunt when she was only 9 months old. She went to a catholic school where she got an education thanks to the charity of some nuns who took her in exchange for cleaning the classrooms.

As a child, her strong and brave character is what allowed her to confront the bullying from other girls in school. At 8 years old, she met her biological mother for the first time. At 10 she got to meet her father, a wealthy rancher, who still under doubt finally gave her a last name. Rejected by her siblings Sira always experienced doubt of her true identity and who her parents were. Thru the years she continued to grow up with her widowed aunt and her 5 daughters with little economic resources. Living a poor and simple life while her siblings lived a rich and abundant lifestyle with her biological father, was the reason for jokes in school which was a part of her everyday life. Sira was frequently taunted about why she didn’t look like the people she lived with and was told she was picked up from a garbage can. After hearing the insults against her biological mother, emotional trauma and disruption started to mark her. In her innocence as a kid, she didn’t understand why she was mistreated.

No matter the difficulties, and the rejection and the poverty she went through, Sira D’ Pion stood faithful to her idea and her passion. Today, she gives everything she has into each piece she designs and builds for her clients.

From quinceañera dresses to red carpets or weddings, she has made uncountable women happy. The recognition she has received from the community and the work you can see on her catwalks are a testimony of her commitment and love for fashion. Her Bridal store was also chosen recently in the Orlando Sentinel as the Best Bridal Shop in Orlando for 2019,as well as many others awards in past ten years. 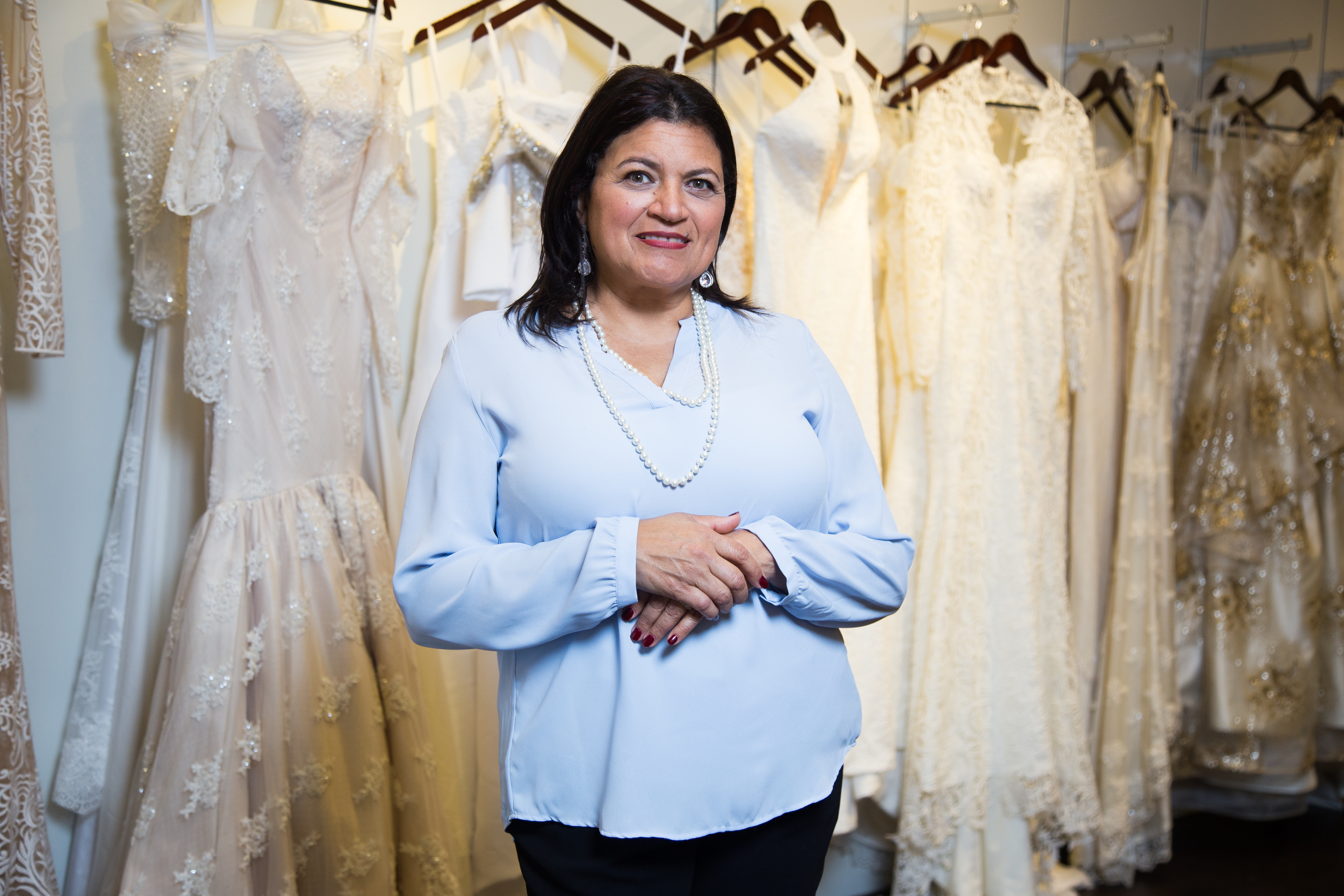 for her timeless romantic style full of love and inspiration, her wedding dress collections express her passion for delicate lines that shape women's body while showing a strong combination of her intercultural background and her love for nature.

Through her difficult and rebellious teenage years, she found comfort in her faith. It’s precisely at 18 years old that she emigrated to New York and gets married with her first husband. Once in the US, she had her first child, Steve Rodriguez at 20 years old. It's here when her love for fashion began and evolved later on when she moved to Miami where she gave birth to daughter Roslyn Rodriguez with whom she shares her passion for this industry.

As an immigrant, she went through many ups and downs with limitations due to the language and other barriers. However, a fighter that she was, she built a path for herself in the fashion world with an innate talent that she considers to be given by God. She also studied Fashion at the Miami Dade College, but it was her hard work and dedication to provide for her family that took her to the next level.

She has survived fires, a heart attack, a difficult childhood, and the stigma of being a Latina immigrant. But all these challenges were only to fuel her passion and determination to create a life of artistic and personal fulfillment and a legacy for generations to come.

Her passion for fabrics and textures comes from her childhood in Dominican Republic.

Her fashion career starts officially in 1993 when she opened her first business in Miami. After dedicating many years to special occasion and wedding dresses, she launches her very own collection for the first time in Orlando where she now lives with her second husband William Worling and where she moved her atelier.

Her passion for fabrics and textures comes from her childhood in Dominican Republic. She used to admire the stores in Santo Domingo and got fascinated with the embroideries and handmade laces. This influence is still present in her designs and her love and respect for the craft that is reflected in every dress. With a modern yet classic style, her pieces are full of romance and elegantly inspired by nature.

Someone once asked her as a young woman: “What is your dream?”. Her answer was: “I don’t dream, I live. I live because I wasn’t taught to dream, life taught to live”. When they asked her “So, what do you want to live?”, her answer was “having a store full of my own designed beautiful gowns and products ”. 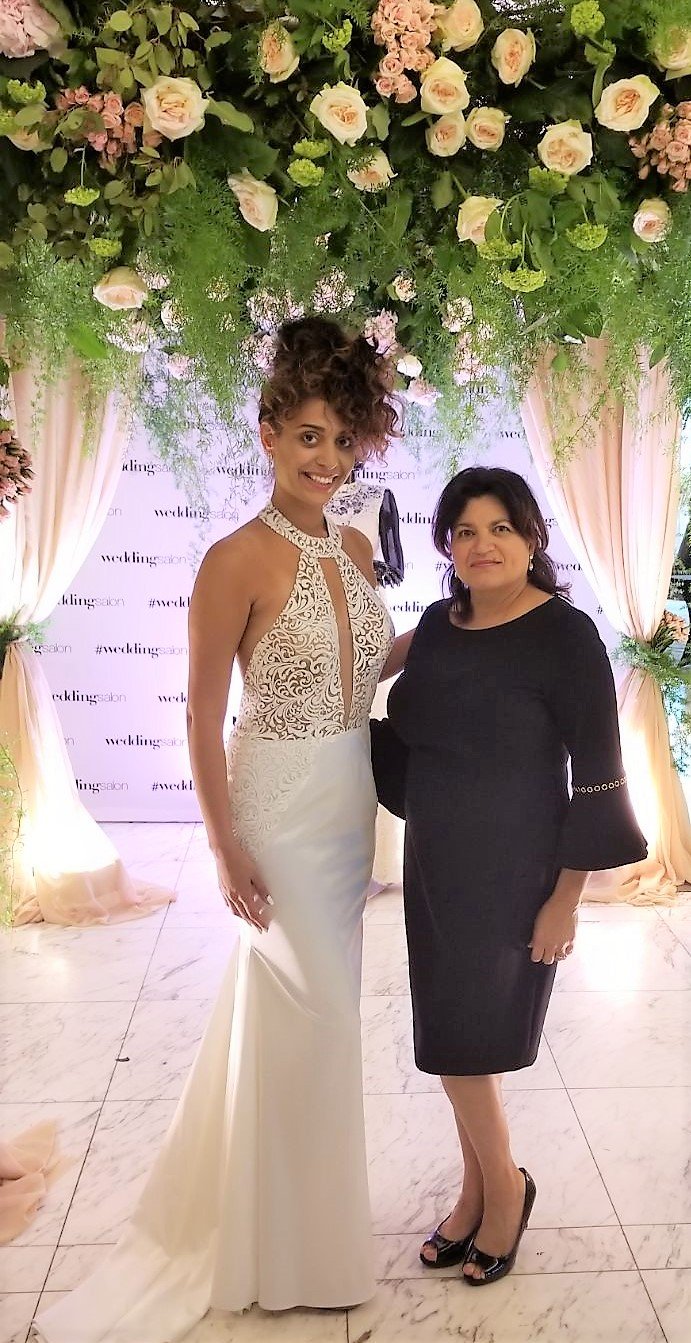 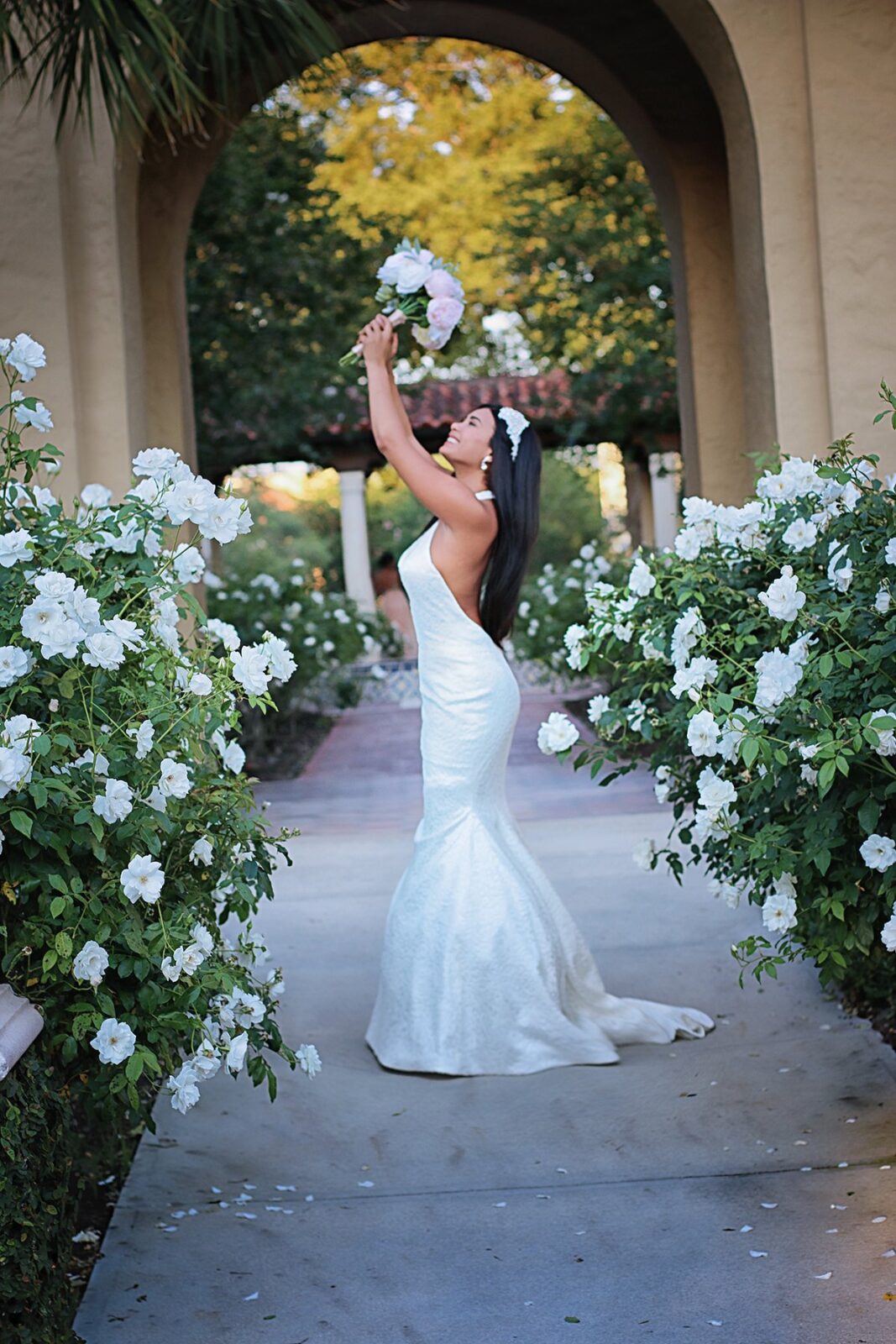 who still defines herself as an eternal student of fashion, dreams (or should we say, wants to live) with teaching what she learned. Being an inspiration for many young girls mentoring and encouraging not only in the fashion carrier but in their personal challenges of life. Her Heart full of love, is an inspiration for all women at all ages, like she said quoting one of her favorite verse of the Bible “I can do all things through Christ which strengthened me” Philippians 4:13